In the garden things are slow but steady, it’s been so cold most veg aren’t really taking off yet. The usual reliable crops are doing well, the peas are growing quickly and the second batch is ready on the kitchen window to be planted out in a few weeks. The potatoes have been earthed up for the first time and are already poking through the soil again. 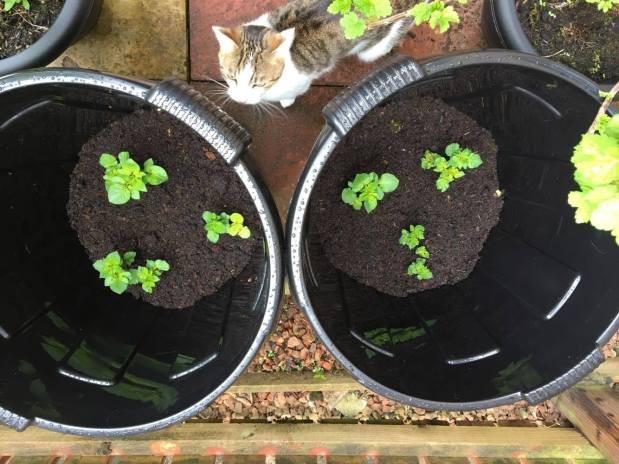 The salad leaves are growing slowly but surely, as are the seedlings of Kale and so on in the greenhouse. We are just wishing for a little sunshine and warmth soon to give things a boost.

On a positive note – we finally opened the compost bin after ignoring it over winter and fearing the worst. We had basically assumed it would be black slime that we would have to deal with eventually, but it has somehow generated heat and started turning the garden waste from last year into usable compost! As a result I’m now enthusiastically adding our kitchen and garden waste to it again. With baby girl we really struggle with our bin collections as it is, and the less that goes to landfill the better. I was hearing the other day that even green waste in landfill is far more harmful than it would be if composted, as it doesn’t get the required conditions to break down and releases a lot more CO2. As well as the obvious fact that we want to try and reduce our waste as much as possible to live more sustainably.

Indoors, I have finally got into the habit of making our own bread every other day. After months of promising that I will, I’ve finally made it part of the routine. I have always been shocked when you investigate the ingredients of a supermarket loaf and find it’s about 15-20 items long, and half of them I can’t even pronounce. Given that bread is basically flour, water, yeast, salt and sugar then that’s all that should be in it! I understand that in commercial food production shelf life is important, but bread just shouldn’t last 10 days! and when it does, it makes you wonder how good for you it really is. The loaves we have been eating have been pretty rustic but they taste so much better than anything you can buy, and warm, straight from the oven there’s not much better! Fuzzy man agrees – to the extent I was accused of “being instagram” when I wanted to take a picture before he tore into it! 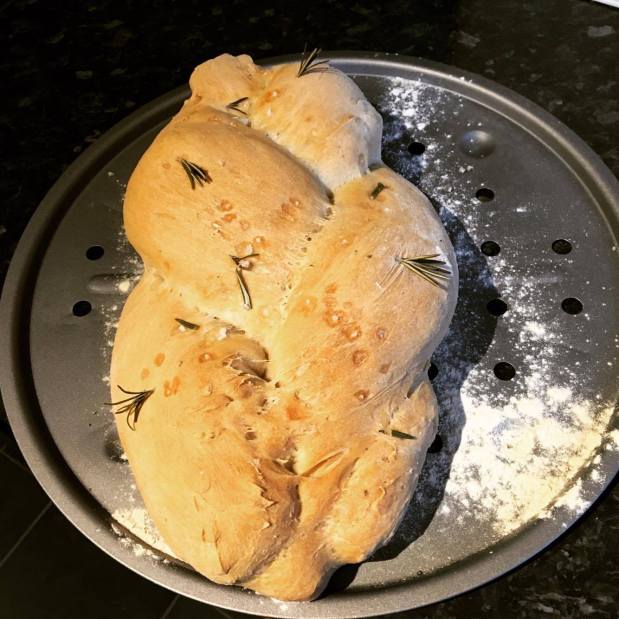 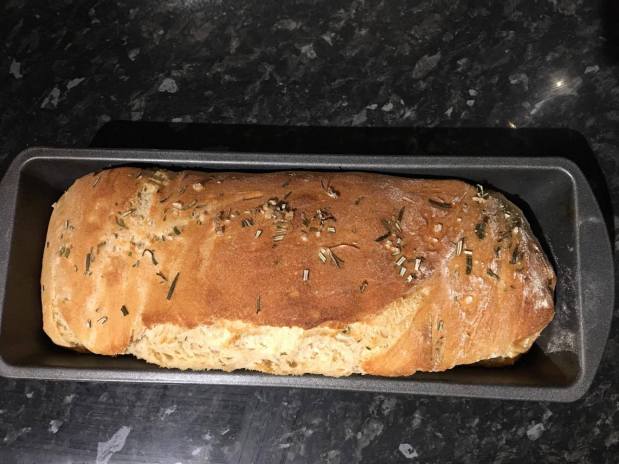 Indoors we have started another batch of seeds, these ones are probably at a more appropriate time of year. Some more tomatoes, more courgettes, and a few swiss chard. The last batch of courgettes didn’t germinate at all, I think the greenhouse was just too cold. The chard is growing but is pretty weak and spindly looking so this is a contingency batch. I had baby girl helping plant the seeds today,  well, she supervised! I have been starting to show her the indoor garden and she seems interested enough, but is at an age where she looks interested in everything but just puts things in her mouth! Hard to say.. here’s her inspecting the indoor plants! 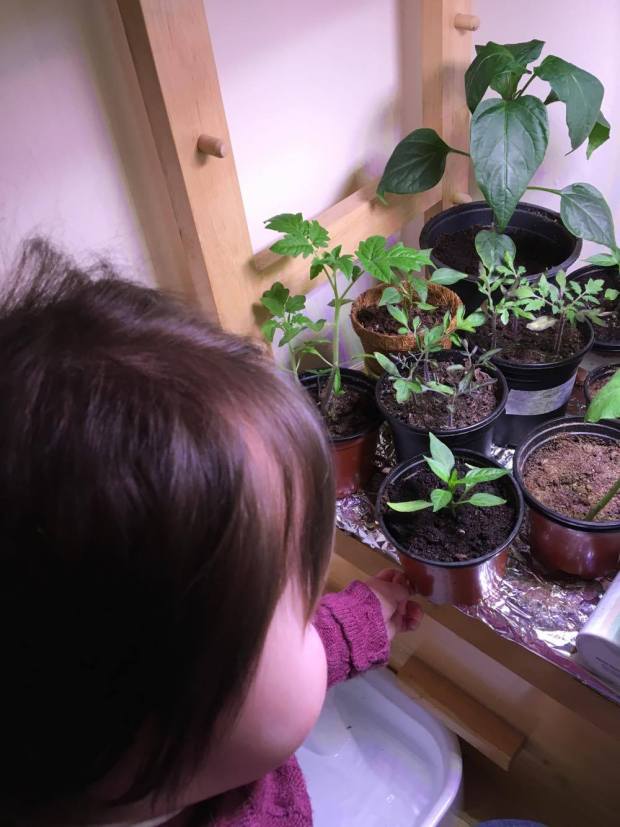 We have had a pretty busy last few weeks as it was Fuzzy Man’s birthday, so baby girl was at her grandparents and we had a night away. We have another little project fixing a car to keep us busy this weekend, a few dates with friends and a team night out with my colleagues, so hopefully soon we can get back into the garden and make some progress.

For a few weeks now I’ve been toying with the idea of committing to a full year of buying nothing new. It’s something I’ve read quite a lot about and I’m intrigued. I like the idea of investing in good quality items that have the potential to be repaired instead of necessitating a replacement, and I see it as an important step away from the disposable consumer culture. It’s something I’ll need to research a little more before I commit fully. The last thing I want to do is make a half hearted attempt – I’ll keep you all up to date!

Finally, we are going on a family trip to Edinburgh in a few weeks to a “Seeds of Justice : A community Health gathering” event organised by the Scottish radical herbal network.

Fuzzy man is less than enthusiastic as he thinks it will be full of hippies haha! Until I pointed out it’s basically people like us! it’s exploring radical health, social and environmental justice and Scottish Health and herbalism and I’m really looking forwards to it – expect a full post about it to follow 🙂